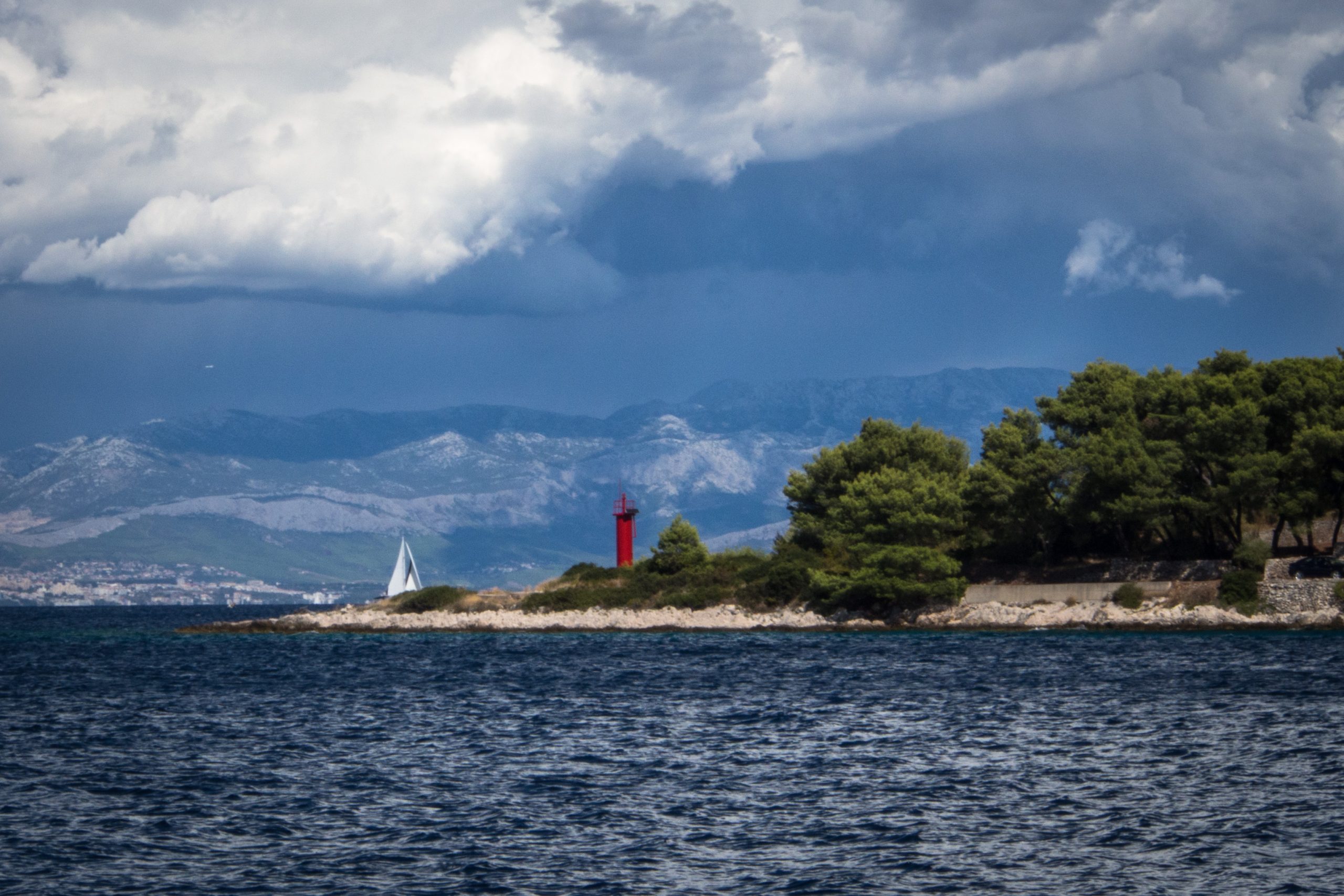 There’s something about Croatia’s stark sweeping islands and imposing mountainous coastline that draws sailors from far and wide. The waterline wears a marble skirt of exposed rock that guides you to decadent ancient palaces, medieval walled towns, and simple fishing villages full of charm. The colors of Croatia are simple and well defined on the landscape: deep blue, vibrant greens, decadent ivory. The Adriatic Sea is so clear that it is possible to get disoriented by the optics of it. In such transparent waters, it is hard to tell the water depth, diving off the boat can feel like a leap of faith when you have an unrestricted view of the bottom as much as 15 meters below your keel. Sailing into a narrow cove gives you the dreamlike experience of gliding suspended over the rocky bottom that is perfectly clear below.

Dalmatia has played host to seafaring empires since time immemorial and you will sail past abandoned fortifications from the full gamut of European history. Across the Adriatic sea from Italy, this land was an obvious next step for territorial expansion for everyone from the Venetians to the Austro-Hungarian Empire. Conquerors looking to expand their influence discovered that these islands are a key strategic piece of the world domination puzzle. During World War II there were secret allied airfields on the islands, and in the cold war, this land was teetering between ideologies, ready to tip the scales of military might at any moment.

Formerly a part of Yugoslavia, Croatia is newly sovereign in 1991, but its people have considered themselves Croats for over two thousand years. The breakup of Yugoslavia was both brutal and very public on the world stage, a trauma not forgotten even on the more remote islands. Years later, Croatia is thriving. Its cultural identity is stronger than ever and the country produces world-class wines, delectable truffles, cheese to die for, and sailing journeys that are distinct and memorable.

The Central Dalmatian coast is home to one of the largest charter fleets anywhere in the world with thousands of sailboats lining the marinas from Rogoznica to Split. Solta, Brac, Hvar, and Vis are the central island destinations. Seaside family homes line the quiet and tranquil coves. Konobas, a traditional restaurant that embodies the cultural heritage of Croatia, serve homemade wine, freshly caught fish, and pasture-raised meat, often served by the head of the household. The smoke from a wood-fired outdoor oven can lead you to a sleepy Konoba in an otherwise quiet cove, the night’s special will be what they have fresh from the day’s work fishing and farming.

Little has changed since the Venetian Empire developed much of the Dalmatian Coast during the 11th century. Coastal towns are designed as maritime hubs with their village center revolving around a waterfront promenade referred to as a riva. Docking inside the old ports and sleeping aboard your boat puts you in the best real-estate there is. Step off your boat and stroll the riva, the very heart of the town, where locals and sailors alike gather for morning espresso and congregate for evening drinks.

Split is the capital city of the central Dalmatian region and a lovely location to begin a sailing excursion. The old city is centered around the summer palace of the Roman emperor Diocletian. The walls of an immense palace that he built for his retirement still surround the neighborhood that sprung up inside long after it was abandoned. The stone houses in Split are perfectly timeless and the narrow alleyways are delightfully confusing. The old town is busy with tourists and floods with pedestrians roaming along worn marble alleyways that wind between the stone buildings.

Diocletian was a lover of historical artifacts so Split is littered with treasures even older than his era such as Egyptian sphinxes and ancient greek pillars. Finding these artifacts is like a treasure hunt through the town, many are hidden in plain sight. Split is the busiest port in the region with a massive ferry terminal that services all of the islands and connects to Italy, but don’t let that discourage you from enjoying an overnight in town, the yacht marina is tucked away from it all and very well protected from wake and swell.

Thirty nautical miles north of Split is the town of Trogir, a quintessential medieval fortified city situated in the narrow channel between the island of Trogir and the mainland. Approaching by land or sea, you can experience the good fortune that travelers throughout time have felt upon arriving here. A walk through Trogir today is a stroll through a 14th-century village terrifically intact and lived in just as it was 800 years ago. Only the cobblestones, worn smooth from centuries of foot traffic, belay the town’s age. Every day, in small wooden boats, the fishermen set to sea from the inner harbor just as they have for generations.

The island of Hvar is big and long, and conveniently, two of the main harbors are located a day’s sail from both Split and Trogir. Hvar is a booming Croatian island with Hvar Town at the center of the chic cosmopolitan ambiance that the island is famous for. Walking along the mega-yacht lined Riva of the gorgeous thousand-year-old city you will see what draws people here. In season, there are dance parties offering bottle service any night of the week and late-night pizza and shwarma street food open late– but you can also find authentic Croatian fare tastefully done in establishments serving hyper-local wines paired perfectly with the cuisine. The shops, restaurants, hotels, and nightclubs inhabit the grand architecture in and around the old city walls. Whether you’re a sailor cruising a humble boat or spending a night aboard a mega-yacht, there’s something for everyone in Hvar Town– it’s a perfect stop for unloading a crew of salt-stained sailors into town for a night off.

Along the edge of the farmers market in the upper plaza by the cathedral are small storefronts selling locally produced goods. While this lacks the designer styling of the streets inside the walls of the old city, the real goods of Hvar are sold right here. Head to the wine and prosciutto shop run by Igor, a local man passionate about food, wine, and the Croatian way of life. It’s a hidden gem in this shiny town. They have all the best cheeses, cured meats, and wines produced on the island and are generous with their tastings and their stories as you learn about what makes each flavor unique.

The sleepier of the two big towns on the island of Hvar, Starigrad is no less charming. While many of the towns have a Venetian feel to them Starigrad takes it a step further and actually floods like Venice leaving you wading through the streets near the harbor when the wind blows hard from the west. Starigrad has a very well-stocked market for reprovisioning and a fantastic local farmers market open every day in the morning at the head of the harbor.

The island of Vis is one of the furthest islands from mainland Croatia and the closest inhabited islands to Italy. Historically, it was strategically important as a navel defense base and was prominent during World War II and the cold war, history buffs will do well to take the military history tour of the island that takes you with headlamps into submarine tunnels and abandoned missile silos. The island has two main harbors, Vis Town on the east and the smaller Komiza in the west. The interior is charming and leaving your boat for a day on a scooter is a great way to explore the island and see, smell, and taste all its wonders. Vis has an ambiance unlike any other and it is worth venturing into its fertile upper valleys to experience it.

Vis Town has a large well-protected harbor with a 9th-century church sitting prominently on a small peninsula in the middle. As you enter the harbor, you will see rows of sailboats docking stern-to along the stone seawall that runs along the town riva. Vis was built in typical Adriatic fashion with large rectangular blocks of limestone as the foundation of everything from the walkways to the three-story homes and shops. Each day during the summer months, hundreds of sailboats gather here and sailors sit along the coffee shops enjoying after sail cocktails, food, and laughter.

In the hills above town are vineyards aplenty each producing their own wines which they will sell to you right out of the cask. If you neglect to bring your own bottle, the vineyards that don’t have bottled vintages on hand will happily fill a plastic water bottle for you of whatever they are currently pouring and send you on your way. Some of the better vineyards, such as Rokis or Magić have a Konoba on site where you can sit out amongst the vines and enjoy a Peka if you have a reservation. Mention you are sailing when you make your dinner arrangements and they will send a ride right to your boat on the Riva and drop you off again after the meal.

On the far side of the island from Vis town is the town of Komiza in a less well-protected harbor. Komiza is everything you could ask for in a small Croatian island town. Prominent churches provide foreground with steep cliffs as a backdrop. Along the water’s edge is the church of Our Lady of the Pirates, which was named after the town was ransacked by pirates (a common problem for Komizeans in antiquity) and days later the statue of the virgin mary that was stolen from the church floated miraculously right back into town. Apparently, after committing such sacrilege the pirate’s boat sank on the getaway.

The church of St. Nicholas on the hill above the town is also distinctly nautical. Before he was known as “Santa Clause” Saint Nick was the patron saint of sailors– in Komiza the local fishermen, when retiring a wooden boat, drag the hull up the hill and burn it on the church grounds every year on December 6th. A walk up to the church of St Nicholas brings you along the main road out of town that switchbacks through olive groves. The sweeping vista of the town and the harbor from the church is worth the walk even if the church is rarely unlocked and open to visitors.

Under a grand limestone precipice on the eastern shores of Biševo is a Blue Grotto where the only light inside a cavernous sea cave comes from underwater passages. This cave is a natural wonder that was made more accessible by enterprising locals with a little well-placed dynamite to make a bigger entrance so that boat tours could be offered into the Grotto. Many sailors go to Biševo for the Blue Grotto alone, do the tour and leave, but there is more to Bisevo.

On the western shores are beautiful coves carved into the limestone landscape. After your tour of the cave, sail around to this far side where you can anchor and swim from your boat the singular restaurant ashore for a seafood snack and a drink at Konoba Tomić.

Up and down the Adriatic coast there are lovely experiences to be found–  In the Dalmatian islands, the loveliness is everywhere you look. The pull of these islands is unavoidable. Even with their enormous popularity among sailors, they are still underrated– there is just no rating high enough to do them justice. Each new town on each new island brings with it a whole world of sensation and beauty. Fresh-grilled fish and perfectly cooked Peka pair with a burgeoning local wine scene to make remarkable culinary experiences. Sweeping limestone shorelines along cliffy mountainous islands come together with remarkable medieval villages for a spectacular sailing adventure. 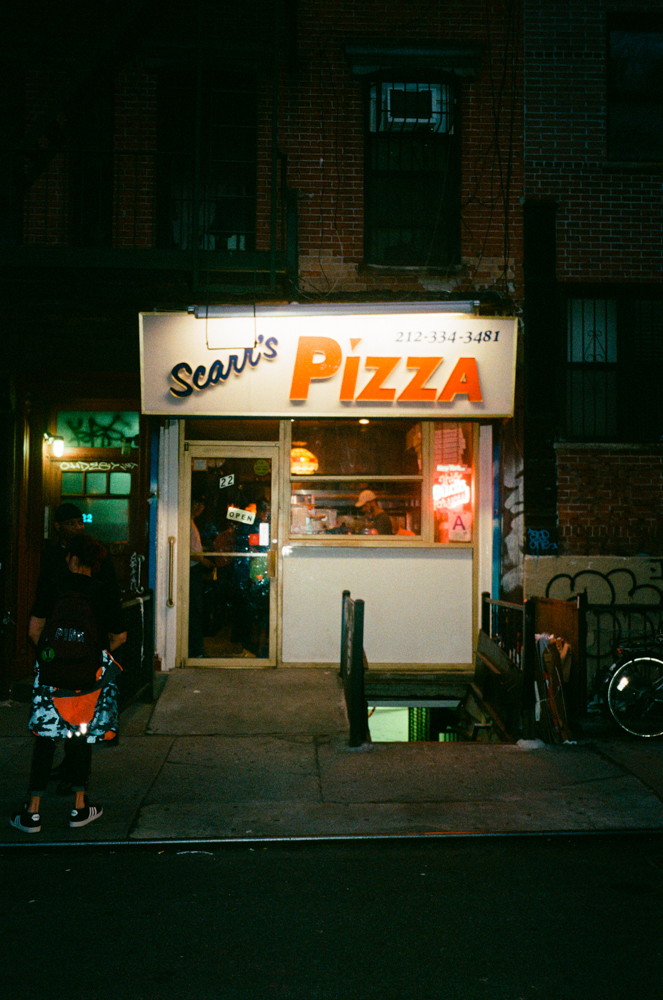 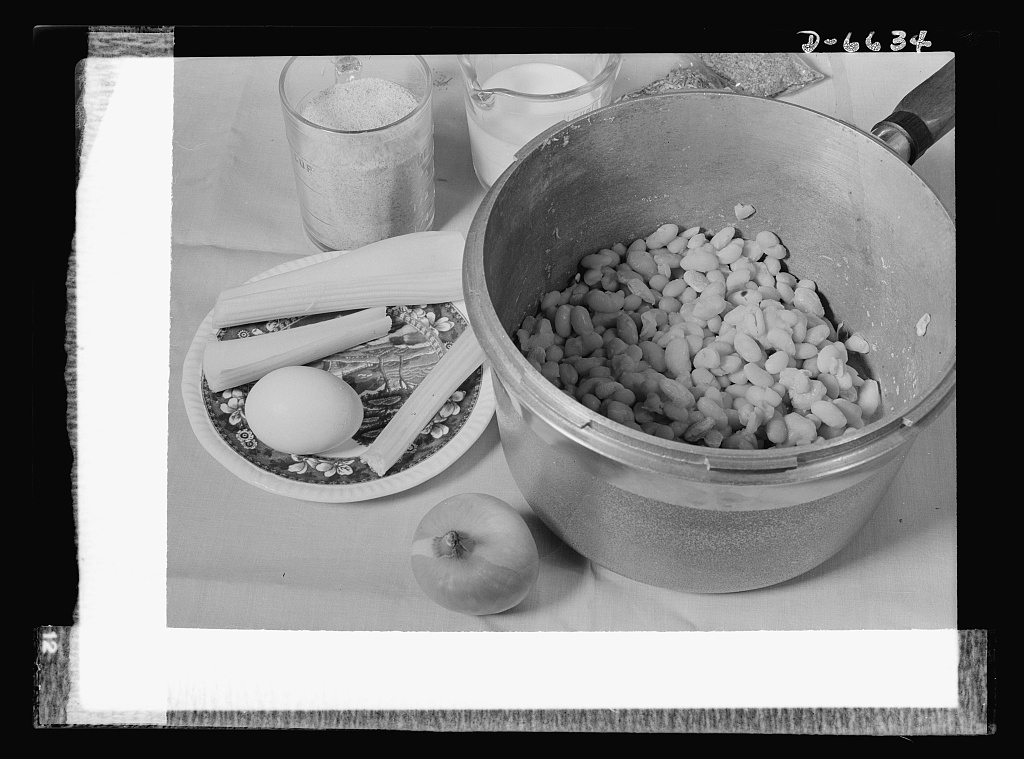 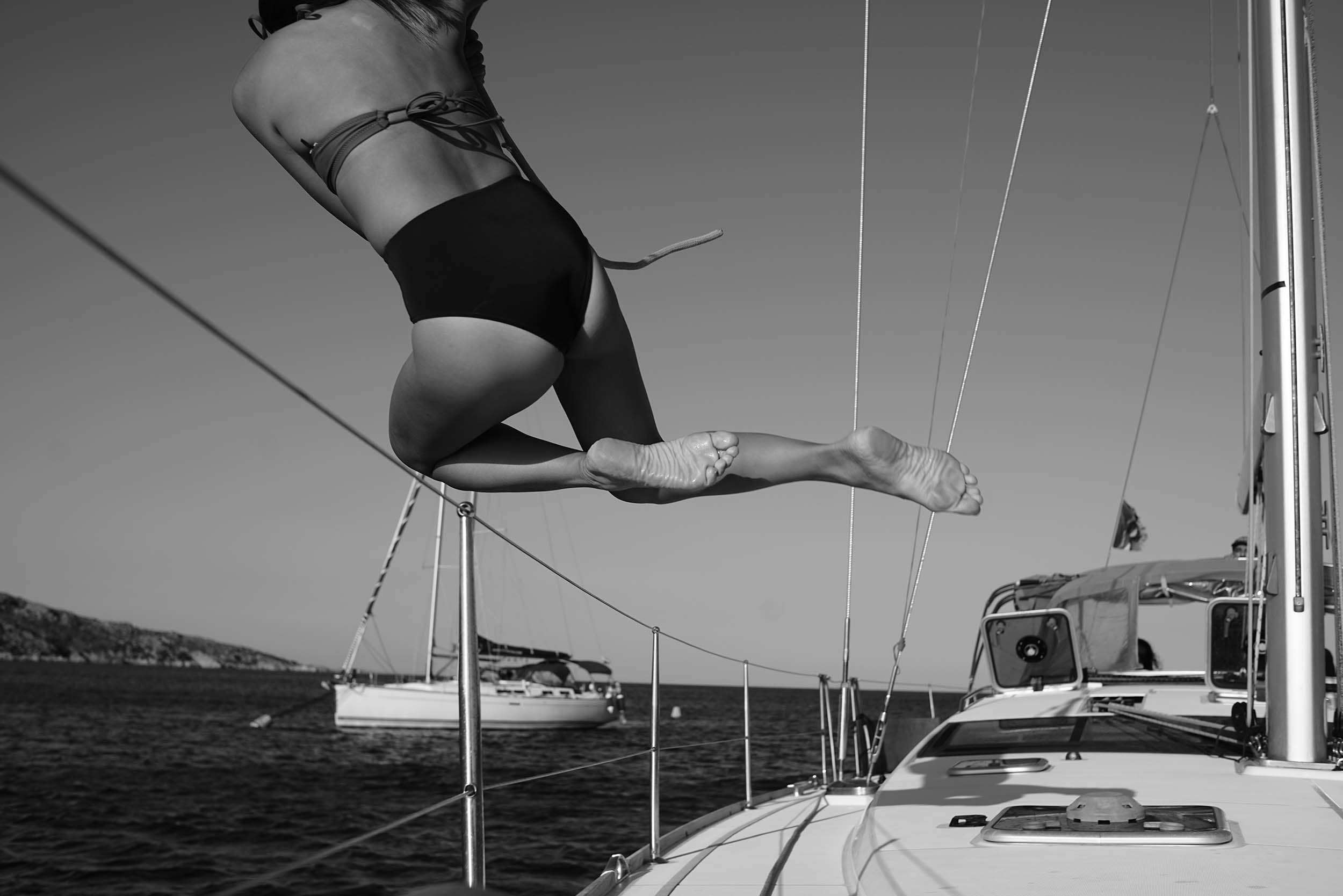 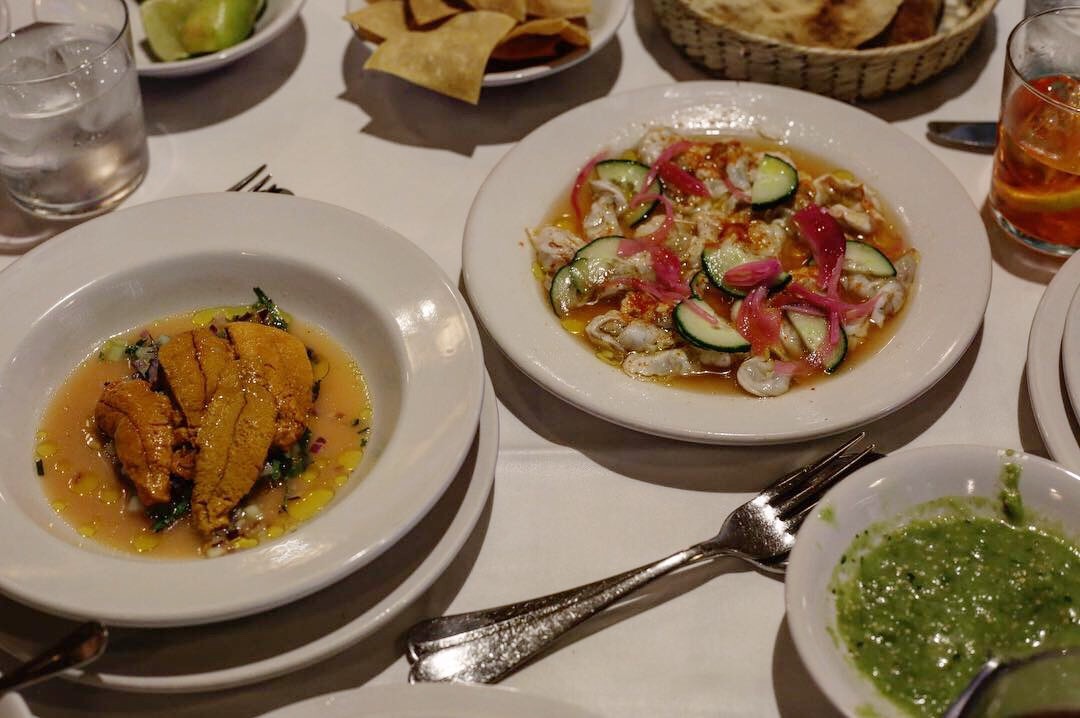 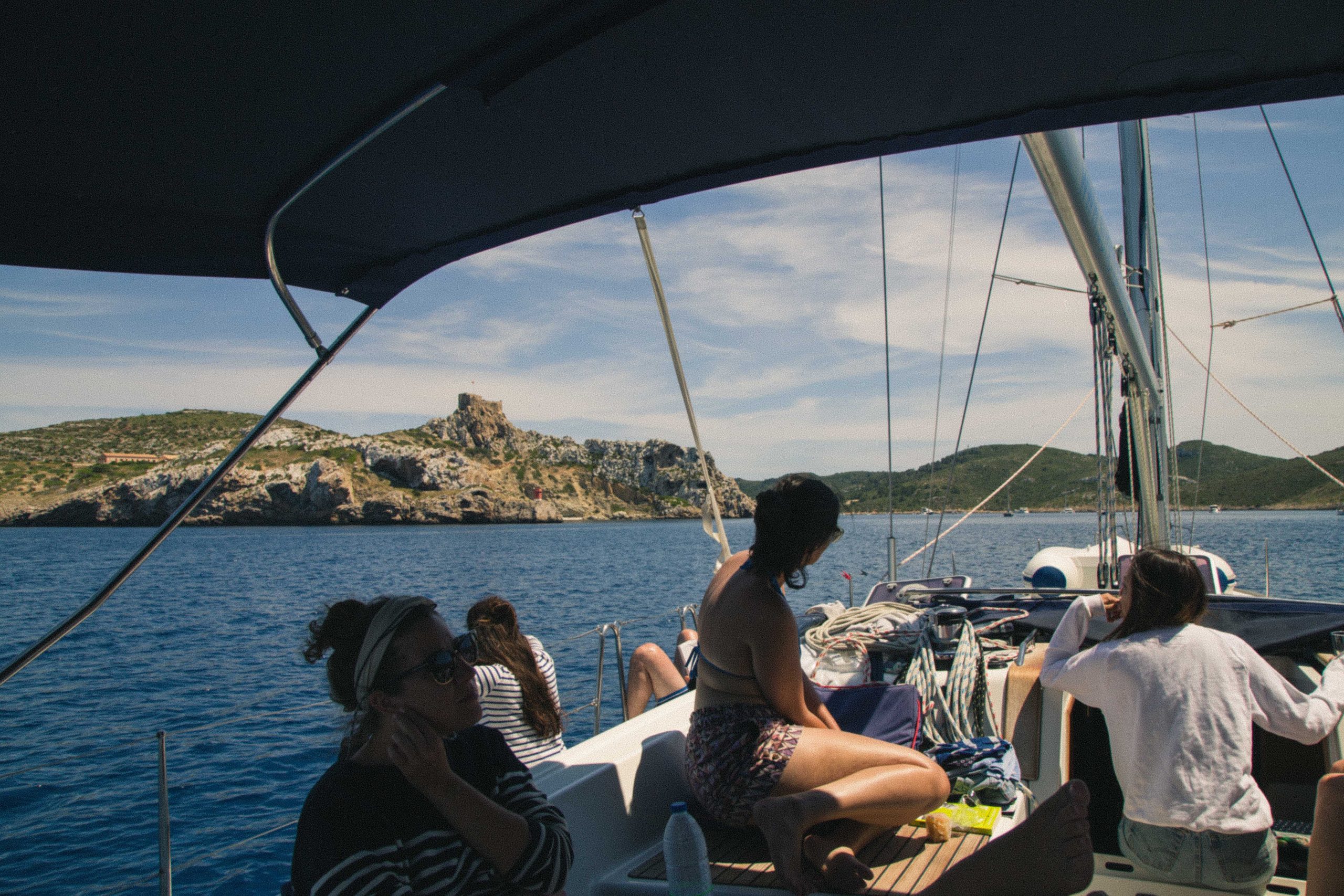 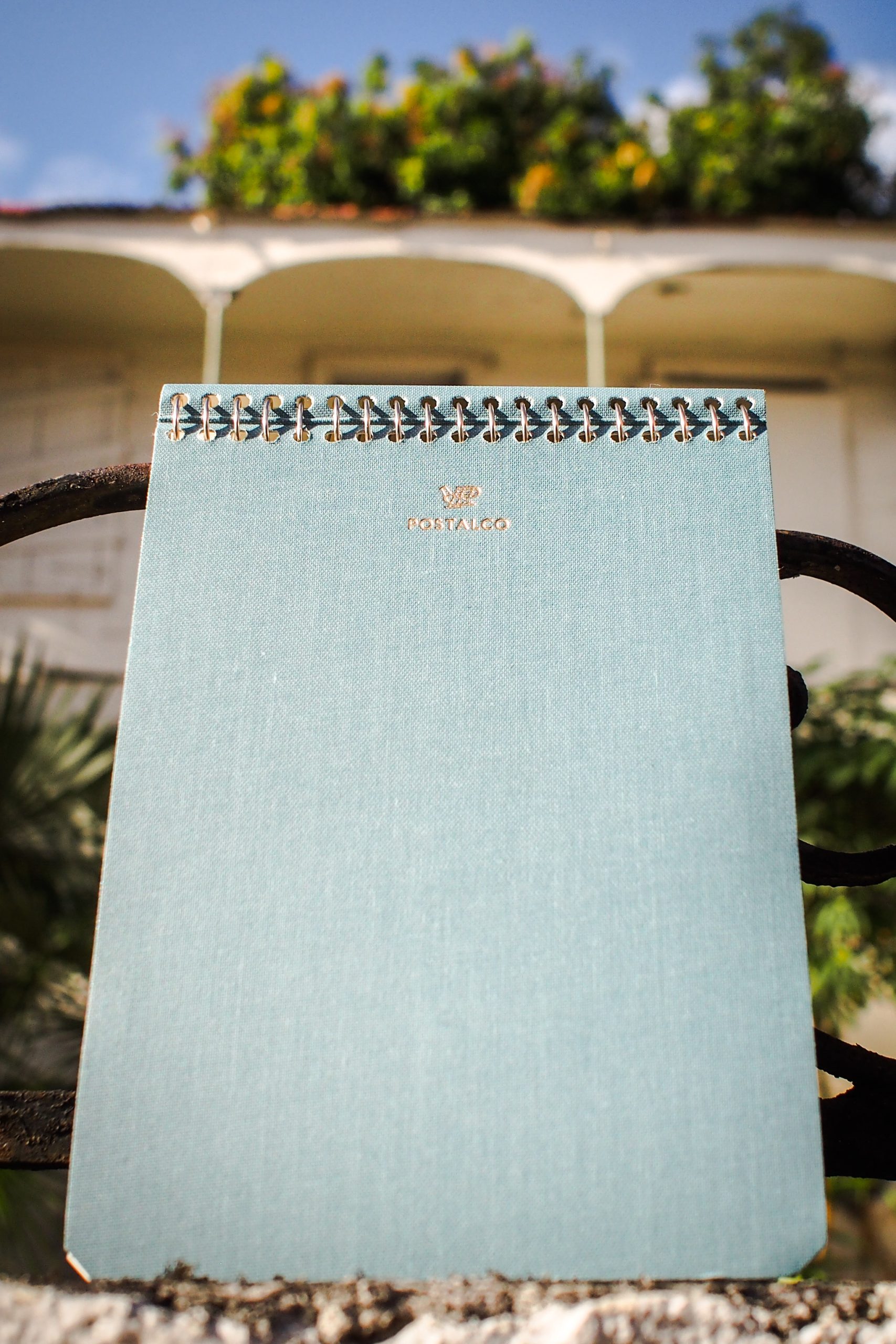 7 Tips to Keep a Travel Journal 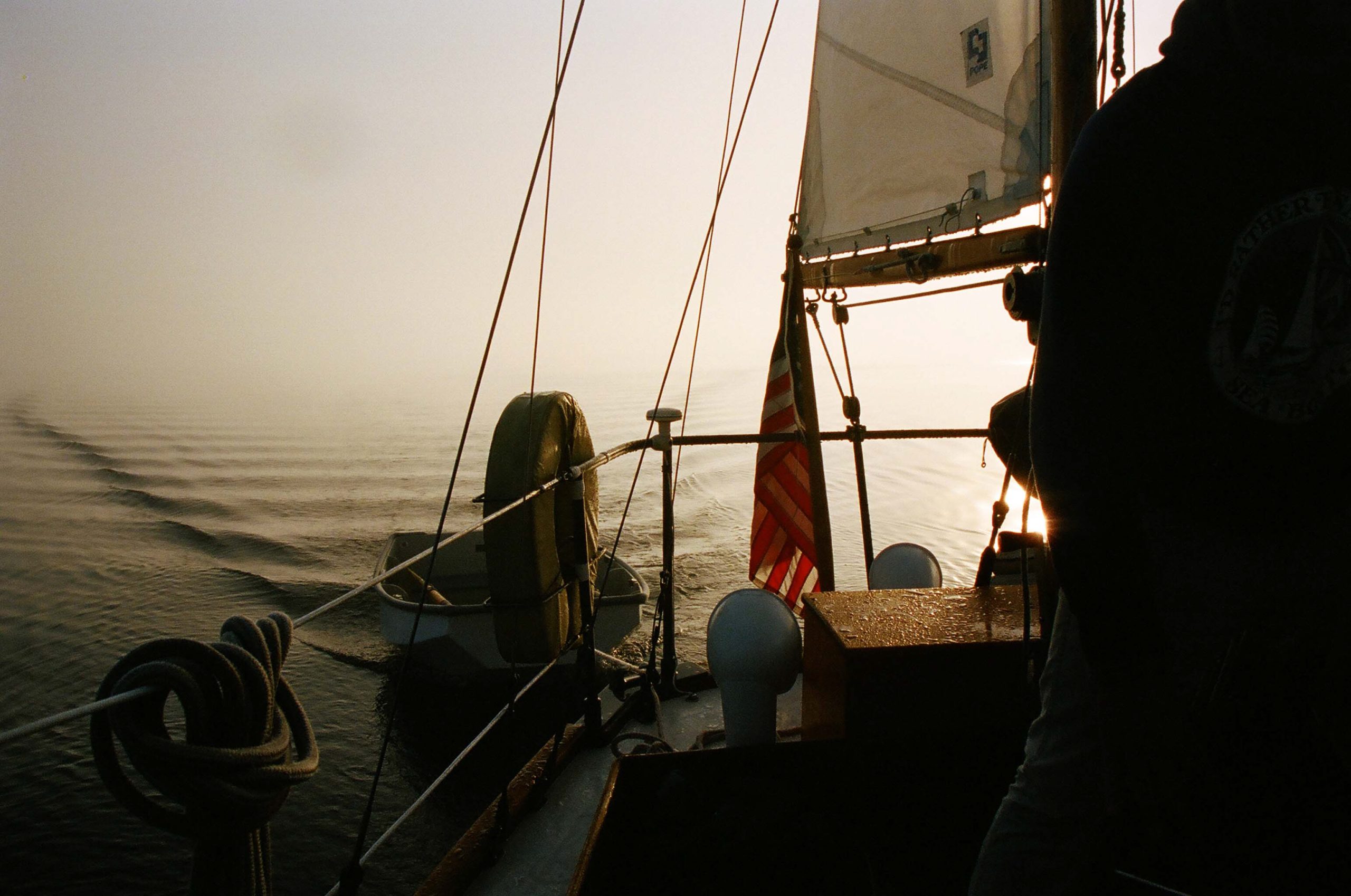 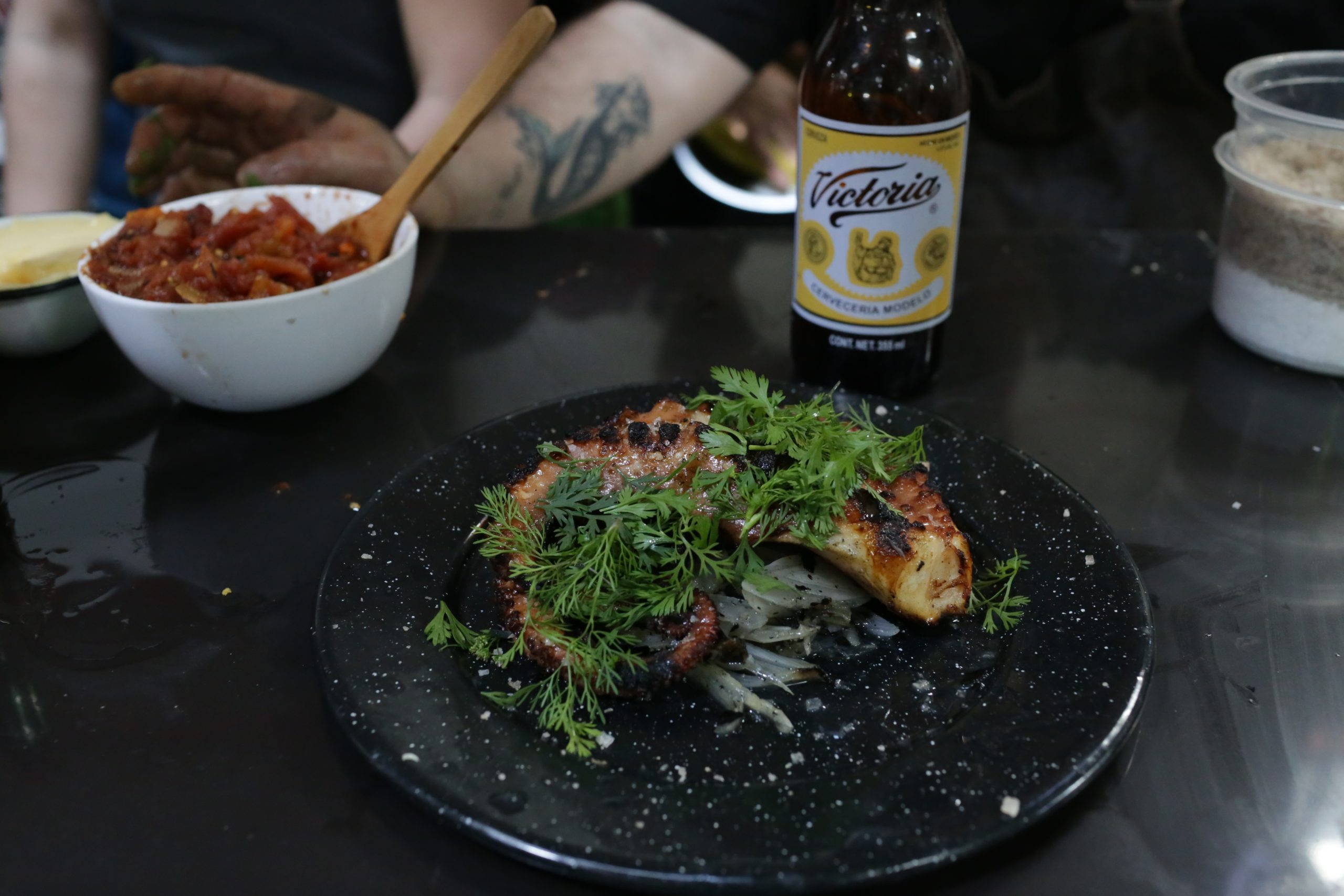 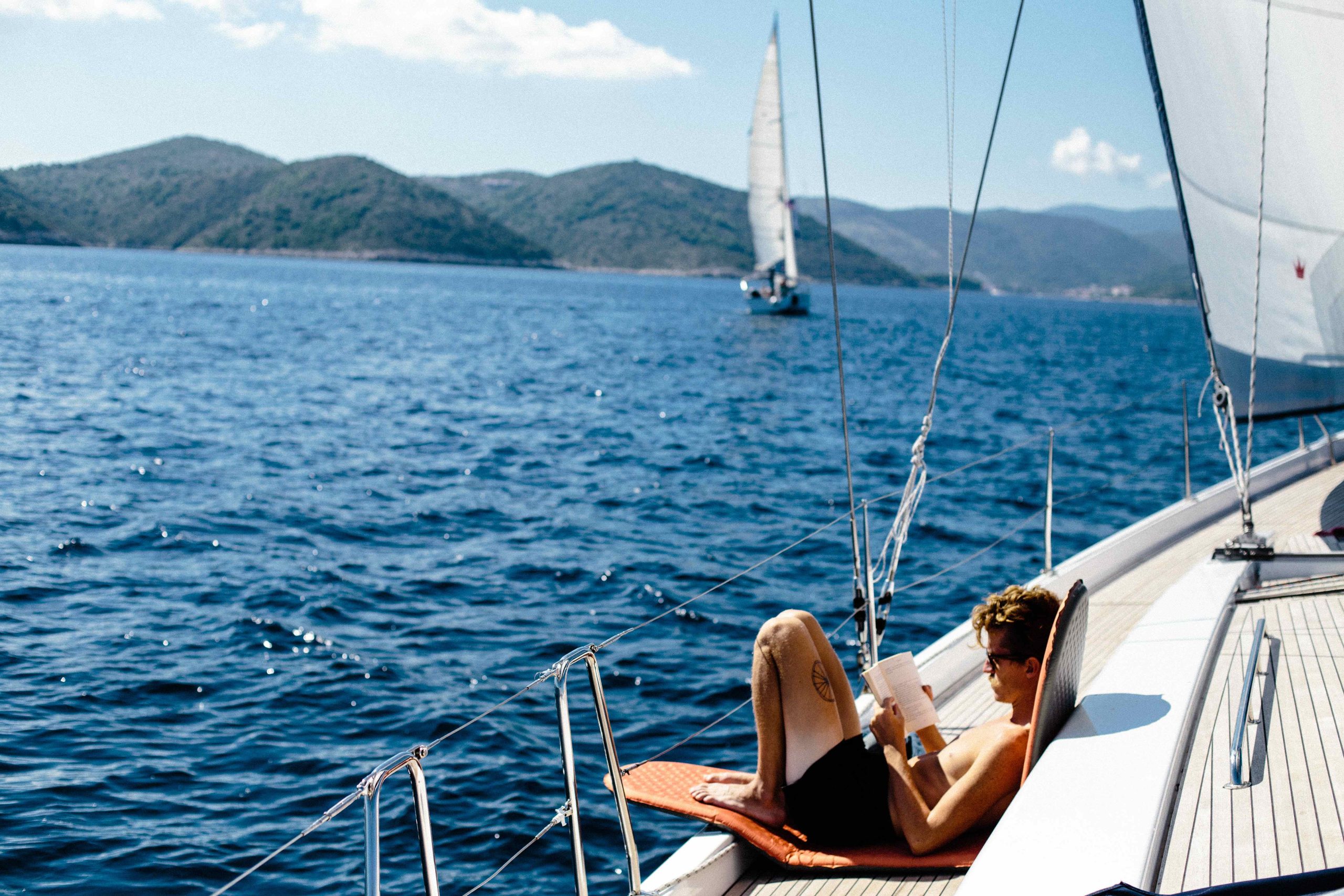